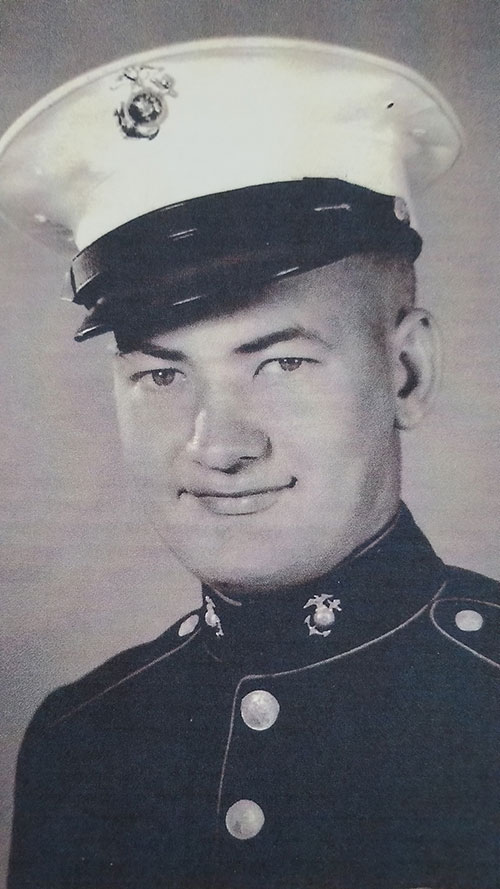 Walter Hillman stood alert on the port side of the U.S.S. Intrepid, just behind the 20 millimeter anti-aircraft gun. The view over the Pacific was expansive. You could look across the water and see well over a mile before the waves ran into sky. Ahead and behind, stretching literally as far as the eye could see, floated the full strength of the Third Fleet.  On a good day, the view was calm and serene as they plowed through the water. It reminded Walter of the Minnesota prairie where he was born and raised. The stalks of wheat and barley, which rolled like ocean waves in the wind. But this was not a good day.

Dotting the clear blue sky were clouds of Japanese kamikaze planes. They came in fast, keeping every gunman in the Third Fleet on their toes. Bullets tore the air. Bombs and ruined planes crashed into the water below. Fuel spread from punctured tanks and caught flame. The water burned, and it had been so tranquil, moments before.

The ocean wasn’t the only thing burning. Walter could see dark smoke rising from several other ships, and from his own.

The Intrepid was hit and partially on fire, but it was hard to tell how bad. Crew members scrambled to put out the flames. Occasionally, an update would crackle through Walter’s headset. But the ship was close to 900 feet long, the size of three city blocks. It was too much boat for Walter to keep track. He tried not to think about it. Besides, he was busy enough as it was.

Walter kept one eye on the bullets streaming from the anti-aircraft gun, the other on the kamikaze-filled sky. The planes were hard to see, though they filled the air like swarming mosquitoes. The sun was directly behind the approaching air strike, hiding them in a shimmer that made Walter’s eyes water.

He focused on the bullets again, as they exploded from the chamber in a deafening staccato. Walter wasn’t the gunner. He was responsible for changing out the magazine as soon as it emptied. It wasn’t easy – he had to fit each one perfectly, in one swift motion or the gunner would lose time, maybe miss an entire plane.  It was high stakes, and it didn’t help that Walter was pretty much just a temp.

Thus far, Walter had spent his entire service on this ship, but he wasn’t a navy man. Walter was a marine. He was on Rear Admiral Bogan’s security detail – one of six guys on a constant rotation. When the strike began, it wasn’t Walter’s shift, so here he was, reloading the heavy anti-aircraft gun instead.

Next to Walter sat the gunman. More than 2,000 men crewed the Intrepid, and Walter was unlucky enough to know his temporary partner. He was a man from Chicago, a real smart ass. He considered himself street-smart and thought everything he said was real funny.

Walter, on the other hand, was a 19-year-old farm boy from Warren, MN – a town whose entire population could comfortably fit onboard the Intrepid. Half the time, he couldn’t tell what the heck Mr. Chicago was talking about.

Walter looked over at Mr. Chicago, as the gun vibrated in his hands. There was no sarcastic comment or eye roll now. Instead, his face was pure white, like the snow that currently blanketed both of their Midwestern homes.

Mr. Chicago struggled to keep up with the moving targets. Sometimes he got lucky. Planes fell from the sky, spraying water and fuel up the side of the ship. The air reeked of gasoline. Canons on the nearby battleship thundered. Walter could feel them in his lungs.

The battleship was there to protect the Intrepid – the fleet’s only aircraft carrier. The kamikazes were after the whole fleet, but their main focus was the carrier. Not only did the Japanese want to take out the Allied planes, they were also trying to ignite the large fuel tanks stored on board. And it looked like they might have succeeded.

The crew below deck was having a hard time keeping the fire away from those tanks. Over his headset, Walter heard the terrible words:

“Prepare to abandon ship,” crackled through the speaker.

Walter looked over the gunwale, down into the water below.  It was a 90 foot drop and patches of ocean still burned. Even good swimmers wouldn’t survive long, and Walter was pretty far from good.

He’d taken swim classes during Sea School, at basic training. He didn’t do well. He bribed the instructor with gas stamps in order to pass. Now, looking at the rough water, he wished he’d learned more. He wished a lot of things. He looked at Mr. Chicago’s pale, terrified face, and wished he could die next to someone whose last words he could actually understand.

They kept fighting, knowing that it might be futile. They waited for the official order to jump. Walter loaded magazine after magazine, until they became heavy in his hands.

The planes kept coming, though there seemed to be fewer. Then one swooped down from the shimmering sky, nose diving toward the Intrepid with perfect form. It was so close, Walter could see the pilot through the windshield. One of the ship’s guns shot it down and the plane crashed into the Intrepid’s flight deck at full speed.

Aircraft aluminum shredded on the decking, but the plane didn’t slow down. It skidded just a few yards from Walter, across the entire width of the ship, broke through the railing and fell into the sea.

On the deck, in the wake of debris, sprawled a limp form. In the commotion, the pilot had been thrown out. His body lay still.

Walter tried to ignore the dead pilot. He tried not to think about how soon his own end might come. He looked over the edge of the ship again, listening for the final order to jump. And then his headset crackled once again – this time, with the best words he’d ever heard:

Stand down. Order canceled. The fire by the fuel tanks has been contained. Repeat: stand down. 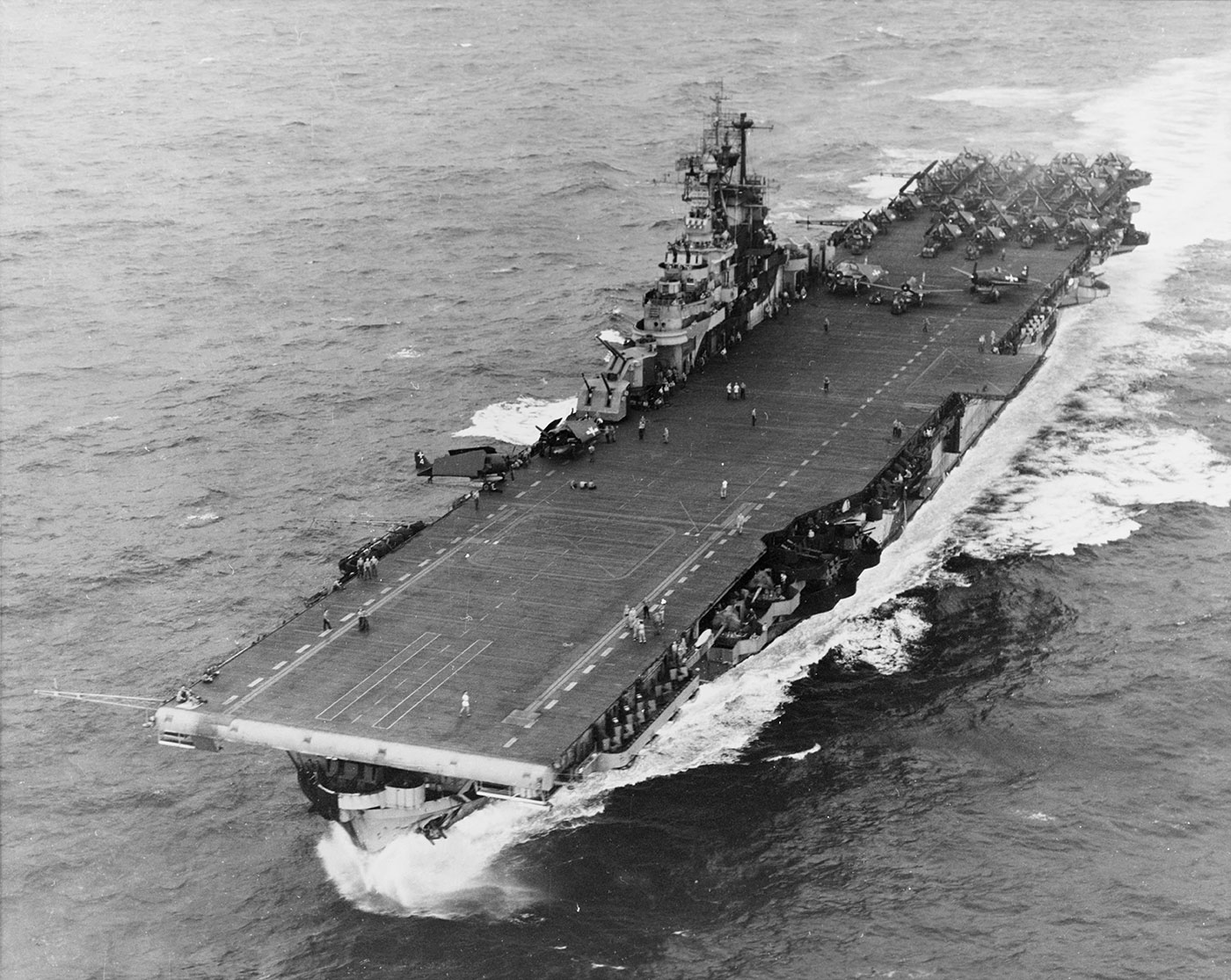 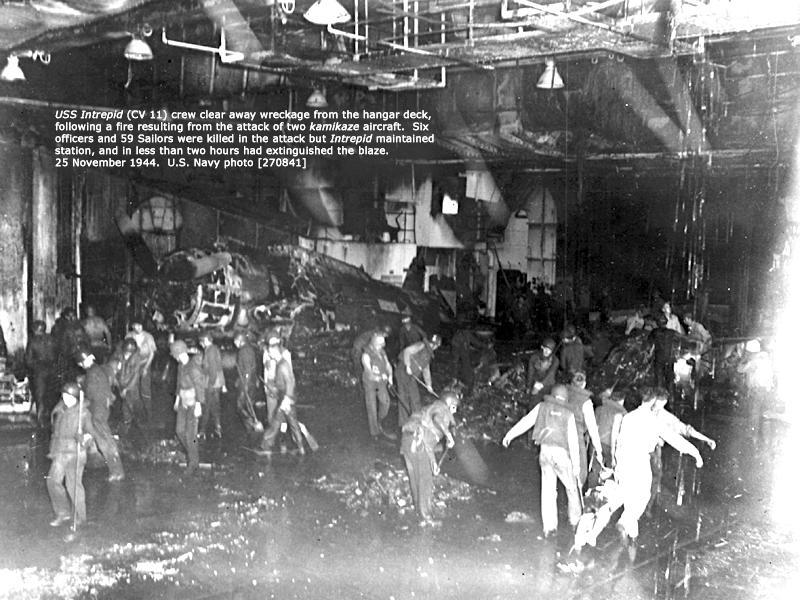 This story comes out on Veteran’s Day. We want to thank all those brave men and women who have served our great country over all the decades. You are true heroes!   Mae Gieseke leaned her full weight against the…
END_OF_DOCUMENT_TOKEN_TO_BE_REPLACED

Written by Chuck Cravens, AirCorps Aviation and revised by Emily Enger. One of the lesser known and under-appreciated contributions to the Second World War came from women pilots. 1,102 women served in either, or both, the Women’s Auxiliary Ferrying Squadron…
END_OF_DOCUMENT_TOKEN_TO_BE_REPLACED

The plane shuddered like it had hypothermia. WASP trainee, Muriel Lindstrom, could feel the vibrations over her entire body; even her teeth hurt. She kept her hand light on the stick as she continued her ascent. With its 450 HP…
END_OF_DOCUMENT_TOKEN_TO_BE_REPLACED

This story was submitted by 2nd cousin of S/Sgt. Robert H. Fisher Jr., who was a crewman on a B-24 Liberator with the 8th Air Force, 93rd Bomb Group. He and his crew were last seen over the North Sea…
END_OF_DOCUMENT_TOKEN_TO_BE_REPLACED